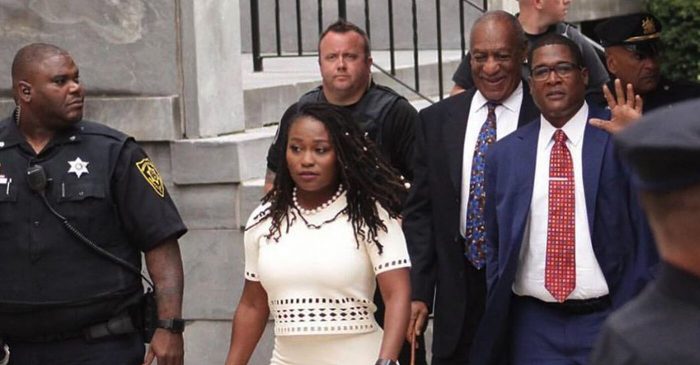 Bill Cosby’s lawyers have a date with the Pennsylvania Superior Court on Friday, Jan. 18.

While nothing earth-shattering is expected, the briefing counts among the initial steps that the attorneys must take if the imprisoned entertainer is to win his appeal. However, getting a criminal conviction overturned in the United States is one of the most daunting challenges in the American Justice System.

Cosby, 81, was convicted in April 2018 of three counts of aggravated indecent assault.

In September, he was sentenced to three to 10 years in prison which led many defense attorneys and others to blast both the conviction – which contained no physical and very little circumstantial evidence – and the sentence – at 81, Cosby had previously never run afoul of the law and he’s blind – as unjust.

Still, Cosby faces an uphill battle in his bid for freedom, according to several experts who told NNPA Newswire this week that as many as 90 percent of the myriad of appeals heard are normally rejected.

And, if O’Neill did indeed err, the lawyers had better cite something that could be deemed so egregious that it moves the appellate court toward reversal.

To win a direct appeal after a criminal conviction, lawyers must prove that without the error by the trial judge, the case would have resulted in an acquittal, Schwartz said.

Falen O. Cox, a partner of the Georgia-based firm Cox, Rodman & Middleton, LLC, has practiced appeals before the Georgia Court of Appeals and Supreme Court of Georgia for more than eight years.

Cox, an African American female attorney, said more than 90 percent of criminal convictions in the Peach State are affirmed.

“The culprit is the principal/theory of ‘harmless error,’” Cox said.

“Generally an appeal focuses on mistakes that were made by the prosecutor, the judge, defense attorney and the jury.

“For example, perhaps the prosecutor said something in a closing argument that the rules do not allow – a mistake, the defense attorney does not object – also a mistake, defense counsel does, however, object when the prosecution calls a witness who testifies about something that another witness already testified about, the judge overrules that objection but it should have been sustained because the testimony was cumulative and bolstering because hearing a co-sign makes the jury more likely to believe what the first witness said, which is also mistake,” Cox said.

When the appellate lawyers reviews the file, he or she raises all of those mistakes as error on appeal and includes it in the brief – things that happened that should not have happened – mistakes other people made during the course of defendant’s trial.

END_OF_DOCUMENT_TOKEN_TO_BE_REPLACED

Three young Chatham County assistant public defenders have gone out on their own in a bid to expand their services to people with legal problems and their aftermath.

Cox, who spent six years in the Chatham County Public Defender’s office dealing with indigent defendants in criminal cases, said the trio wanted to move from a steady diet of criminal defense to a general law practice which will retain criminal defense, but add such areas a personal injury and contract law.

Rodman, who had eight years as an assistant public defender, and Middleton with 10, will join her.

All three were felony prosecutors in Superior Court trial teams.

“Mainly we wanted to be able to assist people with legal matters that aren’t strictly criminal in nature,” Cox said.

She said they felt the need to deal with a more holistic approach to “make sure that when they (clients) left they were in a better position when we are through,” Cox said.

Often one legal matter will lead to another and their firm wants to be able to help.

“I just wanted to be able to help the community in a broader sense,” Cox said.

ATLANTA – Attorney Christopher K. Middleton of the Eastern Judicial Circuit Public Defender’s Office in Savannah will be honored during the presentation of the 16th Annual Justice Robert Benham Awards for Community Service on Feb. 17 at a special ceremony.  Since 1998, these awards have been presented to honor lawyers and judges in Georgia who have made significant contributions to their communities and demonstrate the positive contributions of members of the Bar beyond their legal or official work.

The Lifetime Achievement Award is the highest recognition given by the State Bar of Georgia and the Chief Justice’s Commission on Professionalism, co-sponsors of the Justice Robert Benham Awards for Community Service.  This year it will be awarded to three outstanding community and public servants: Rep. Mary Margaret Oliver of Decatur, Allan J. Tanenbaum of Atlanta and John S. Lewis of Cartersville, Georgia. This award is reserved for a lawyer or judge who, in addition to meeting the criteria for receiving the Justice Robert Benham Award for Community Service, has demonstrated an extraordinarily long and distinguished commitment to volunteer participation in the community throughout his or her legal career.

Awards are given to selected attorneys in the judicial districts of Georgia from which nominations were received.
This year’s 10 other recipients are: Christopher K. Middleton of Savannah, John Randall Hicks of Valdosta, Nancy Terrill of Macon, Nora L. Polk of Decatur, Ernest Lamont Greer of Atlanta, Vanessa I. Hickey-Gales of Atlanta, Philip E. Holladay Jr. of Atlanta, Rep. Christian A. Coomer of Cartersville, Nicki Noel Vaughan of Gainesville and Superior Court Judge Lawton E. Stephens of Athens.

These honorees have served a wide range of community organizations, government-sponsored activities, and humanitarian efforts outside of their professional practices and judicial duties.  Their fields of service include: youth athletics and mentoring programs, literacy programs, social services, church and religious activities, politics, promotion and support for legal aid programs, community development, education, sports, recreation, and the arts.  These awards recognize the commitment of Georgia lawyers to volunteerism, encourage all lawyers to become involved in community service, improve the quality of lawyers’ lives through the satisfaction they derive from helping others, and raise the public image of lawyers.  All honorees are members of the State Bar of Georgia.

The Awards Presentation is scheduled for Tuesday, Feb. 17, from 6 to 8 p.m. at the State Bar of Georgia Headquarters, 104 Marietta St. NW, Third Floor, Atlanta, and a reception will follow.  Awards will be presented by Georgia Supreme Court Justice Robert Benham.  Chief Justice Hugh P. Thompson and State Bar President Patrise M. Perkins-Hooker will bring special remarks. The Selection Committee is chaired by Janet G. Watts of Watts & Watts, Fayetteville. The program is free and open to the public.